Never give up hope

Lights remind us that the future holds moments of kindness and beauty.

…success, like happiness, cannot be pursued; it must ensue, and it only does so as the unintended side-effect of one’s dedication to a cause greater than oneself or as the by-product of one’s surrender to a person other than oneself. Happiness must happen, and the same holds for success: you have to let it happen by not caring about it. I want you to listen to what your conscience commands you to do and go on to carry it out to the best of your knowledge. Then you will live to see that in the long run–in the long run, I say!–success will follow you precisely because you had forgotten to think of it.

–Viktor E. Frankl, in the introduction to his book Man’s Search for Meaning.

Remember the National Research Council Official Time Signal on CBC? Call 613-745-1576. Not the same as calling the CBC back in the old days, but better than nothing.

Dad conducting one of his own arrangements for a CBC broadcast 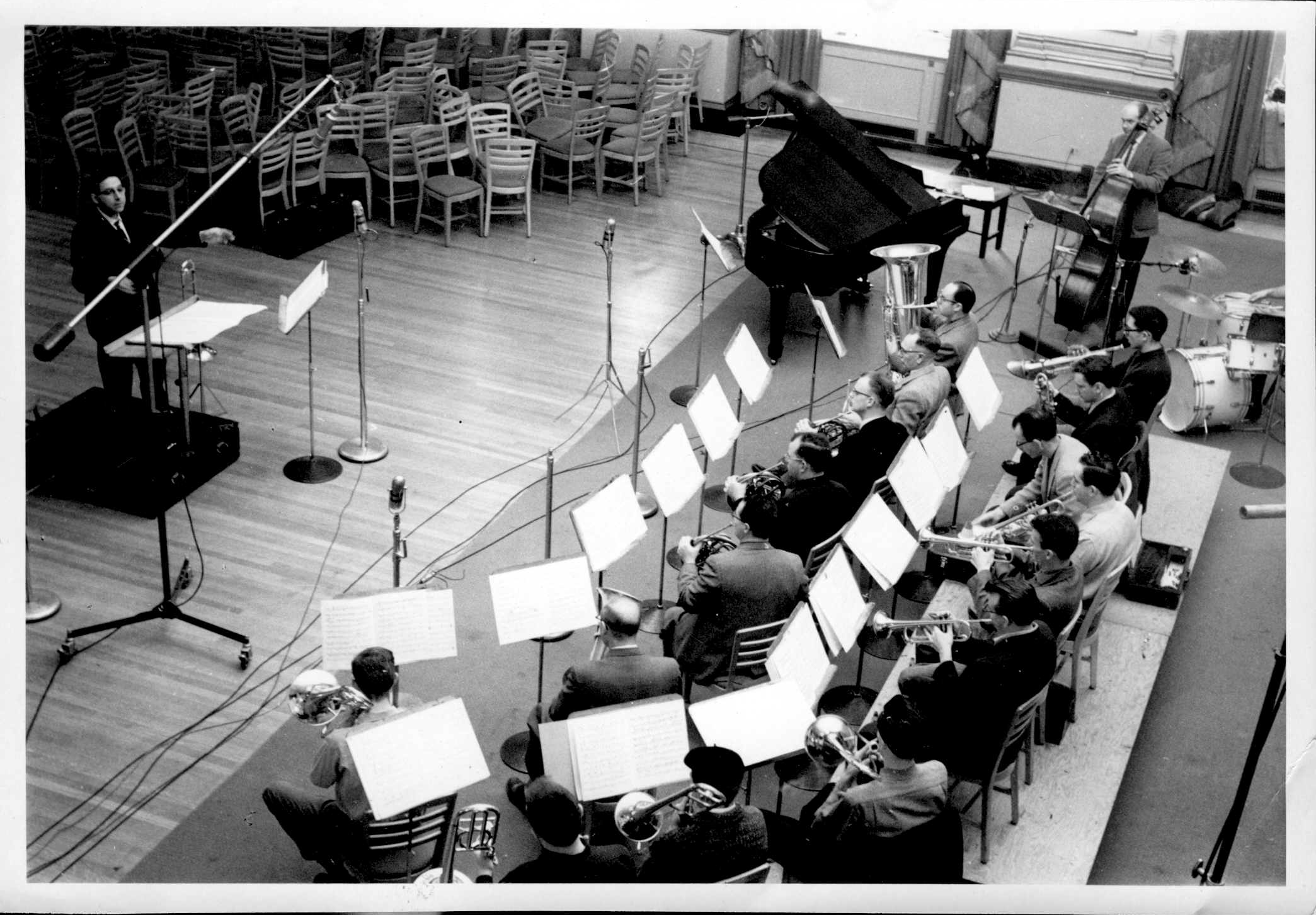 in the Hotel Vancouver back in the day.

A random stranger called me on the telephone tonight to let me know he once played trombone in my father’s band at The Cave supper club, back in the 50s or 60s.

This fellow, a retired BC Hydro engineer, attended last week’s VCC brass ensemble concert and noticed my name on the program, and wondered if I might be related to Dave Robbins. So he looked up my name, somewhere, and called me. When I confirmed I was Dave’s son, he told me a bit about himself. He took trombone lessons, while a university student, from Ted Lazenby. One night one of the trombonists in my father’s band couldn’t make it (for a few nights) and Ted recommended Gerhard to my father, who asked him to sit in. There wasn’t much more to tell, but the memories of those gigs muse have been strong and important to him.

I thought it was nice of him to call. Unexpected, welcomed, and a sort of blessing.

Here’s a photo I took of my parents, in our kitchen on Balfour Avenue. 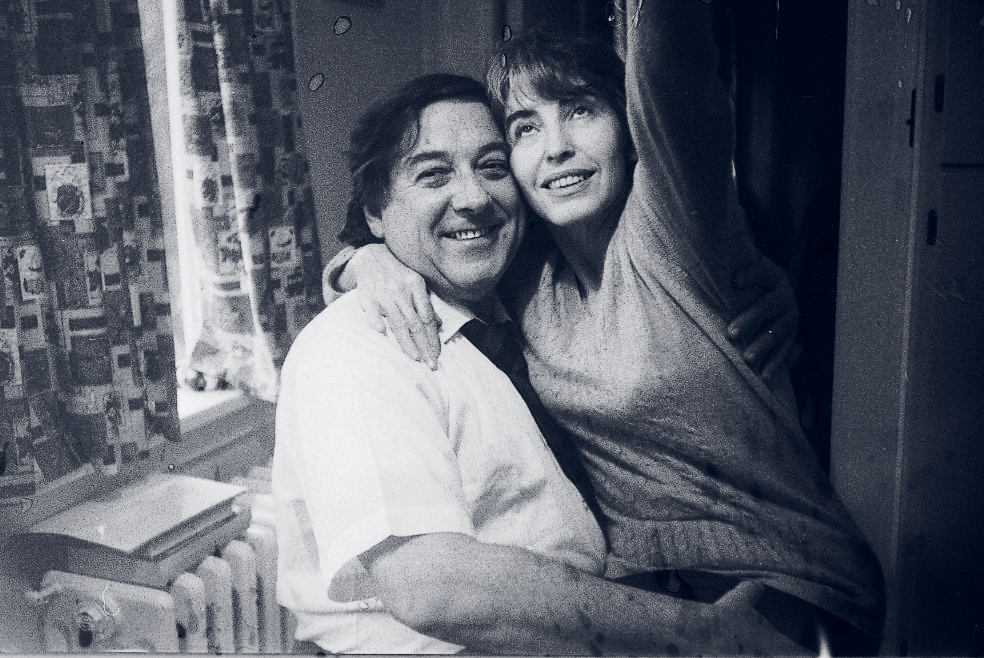 My mother and my maternal grandfather 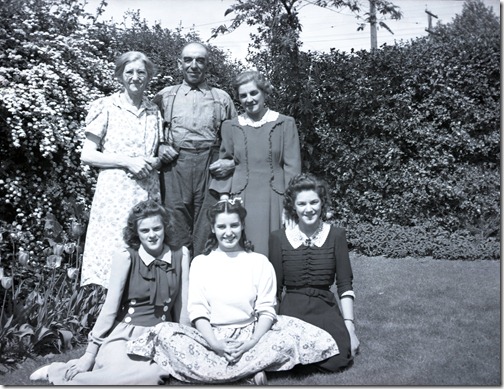 I estimate this photograph was taken between 1935 and 1940 in Kerrisdale (in Vancouver). My mother is the girl in the middle. Their house was on West Boulevard. I think it’s still there. My maternal grandmother is standing to Alexander’s right, in the light print dress. It’s one of the few photographs capturing her image.

This photograph was found by Windows Live Gallery, which has indexed photos on several computers; it has some facial recognition technology built into it, and thought my grandfather’s face was similar to my own, and placed them side by side. The resemblance was remarkable, purely in terms of eyes, cheekbones, mouth, and to some extent, nose. And width of face. Eyebrows very similar too. Maybe I get my technical facility from him; he was the classic Scottish “engineer” of his time. The sort of man (there must have been many like him) who was characterized in the Star Trek character “Scotty”.

Going to be a great year!

Just had a feeling today…this year is going to be the best yet!