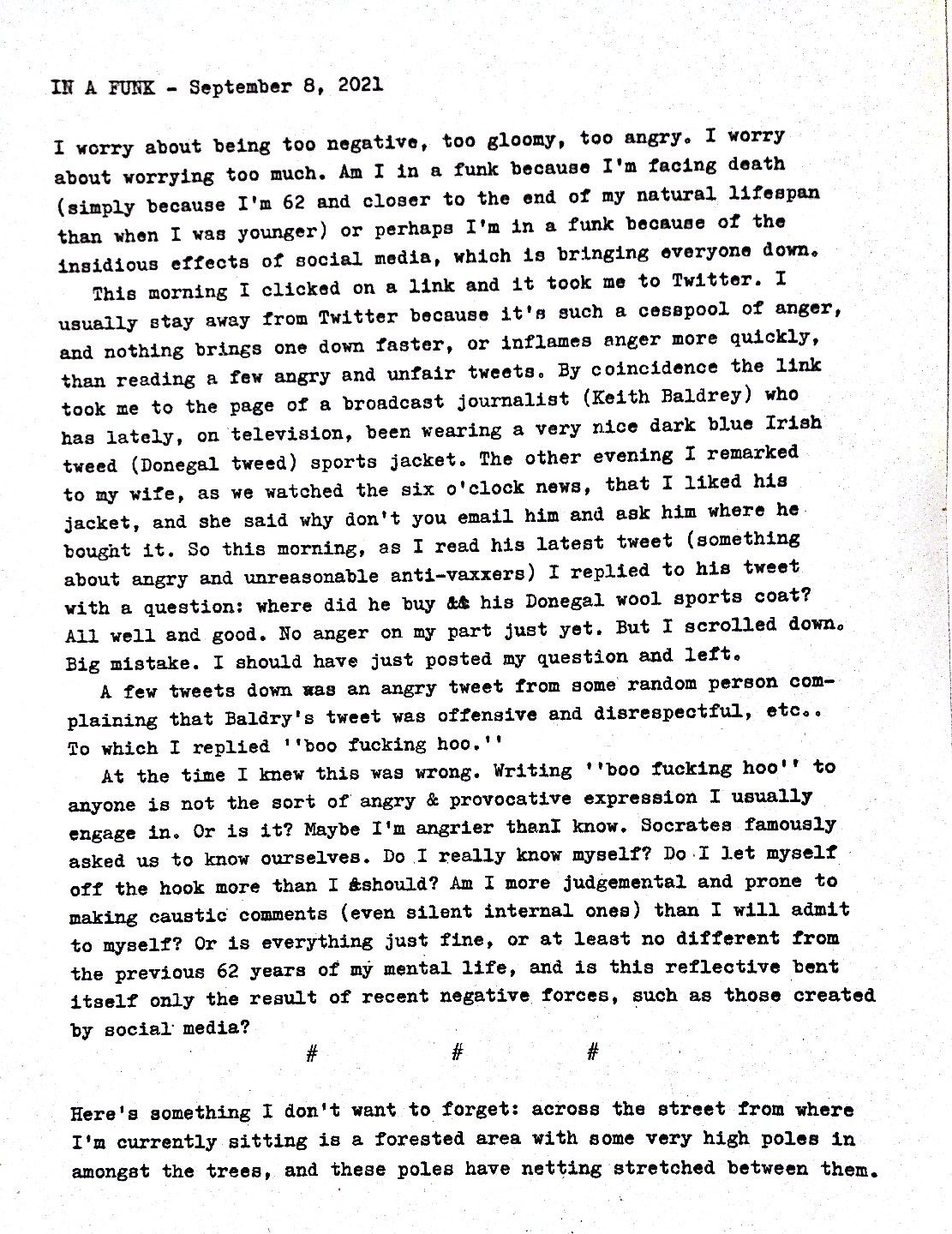 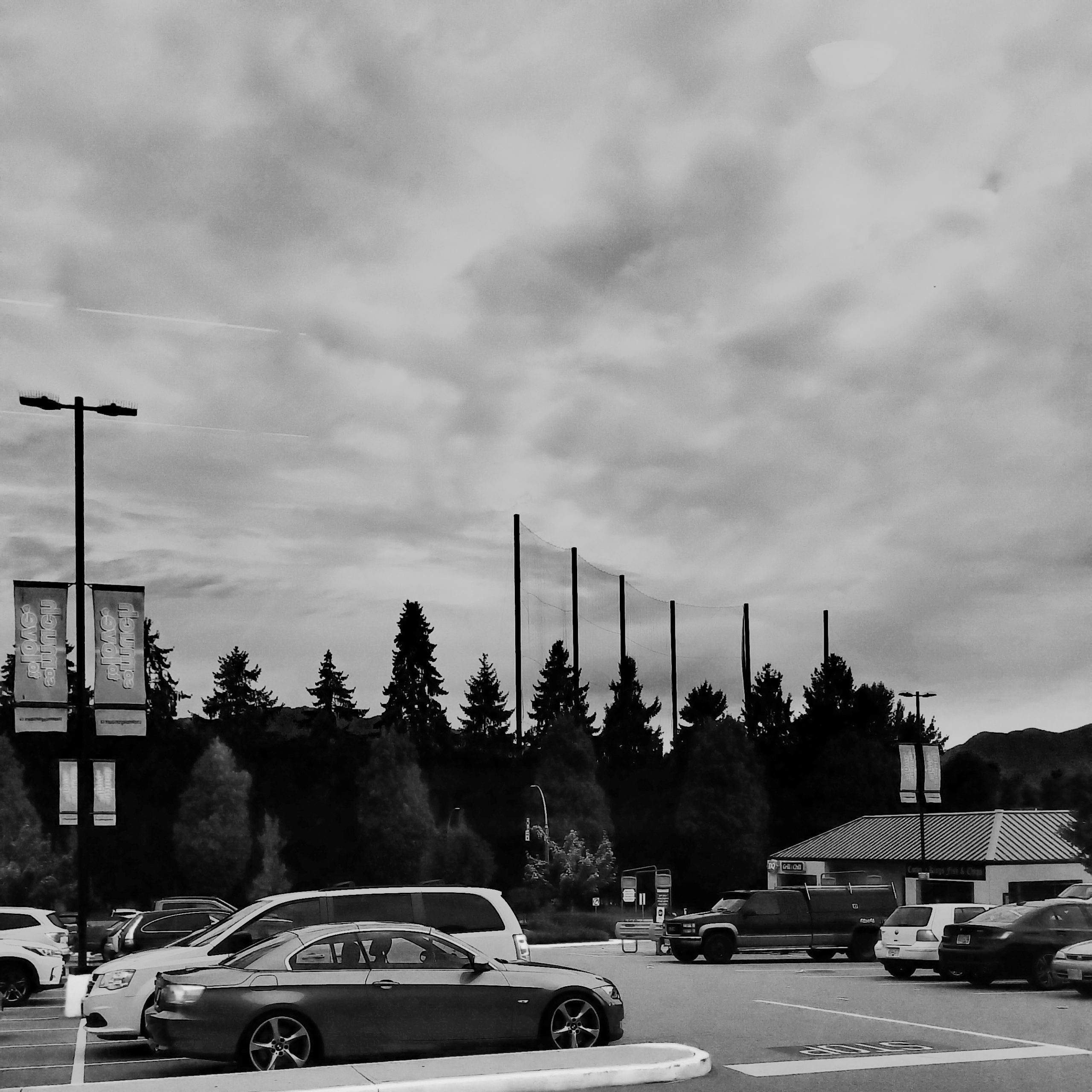 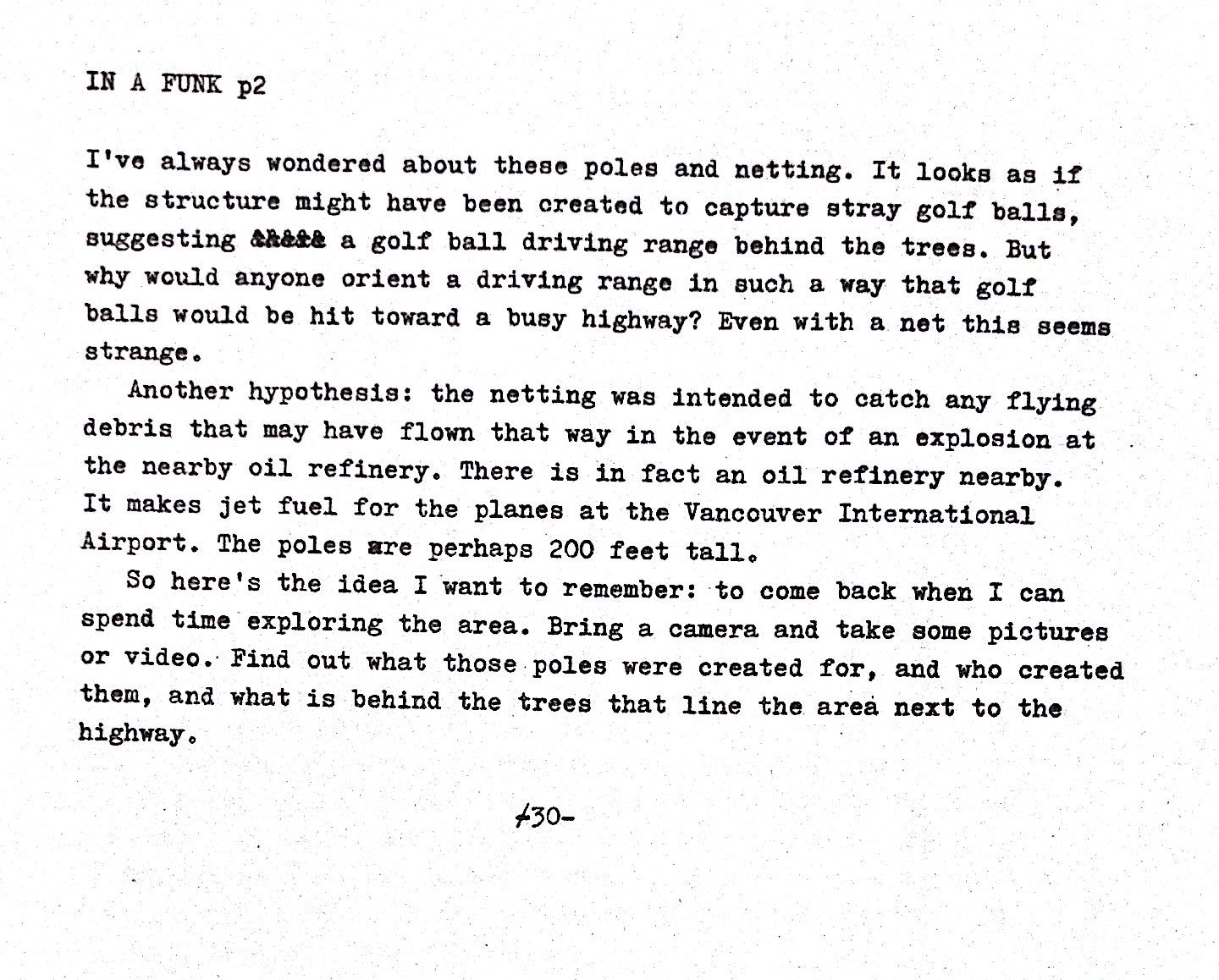 by Ian on September 5, 2021 in random observations

Trip out with Ian 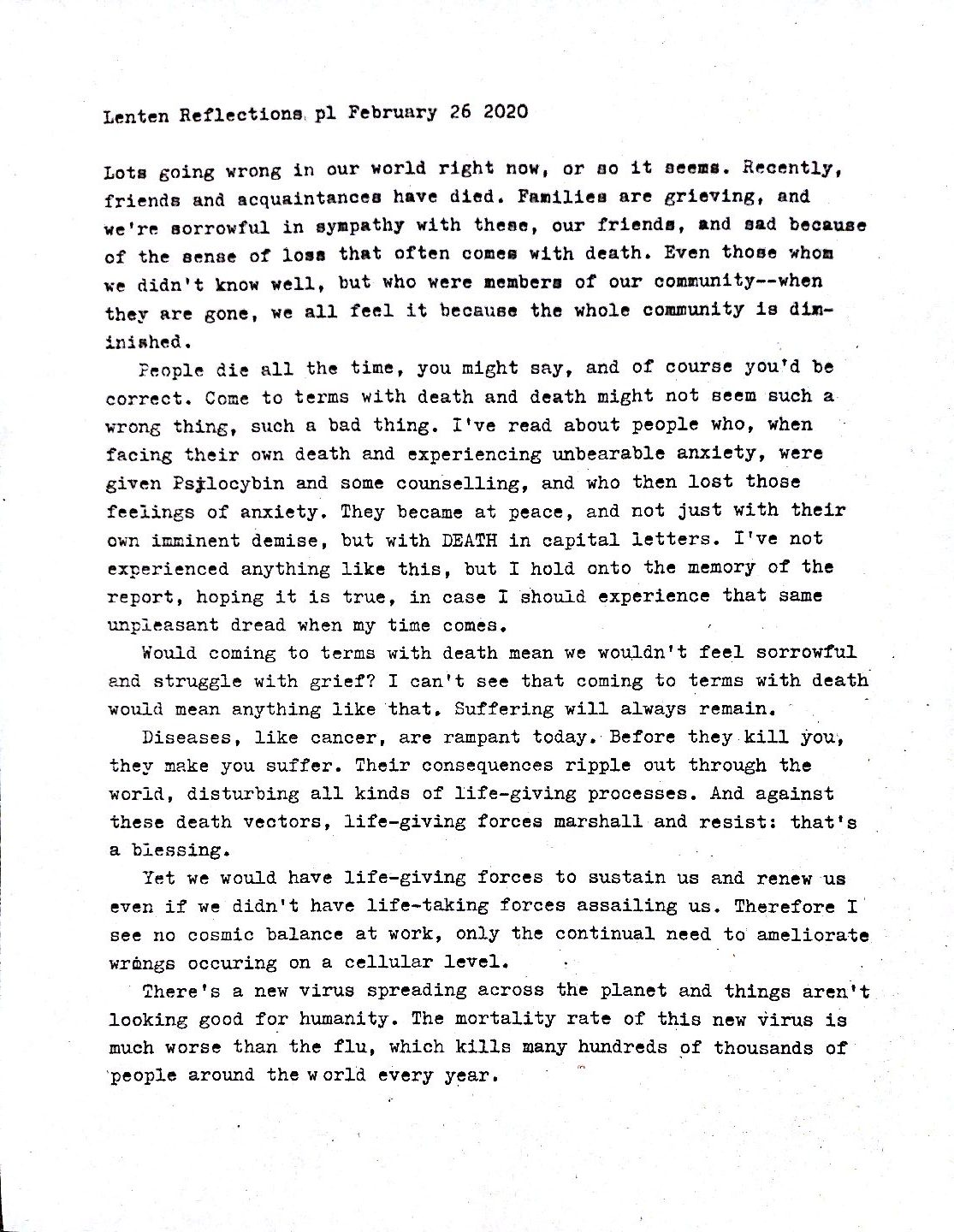 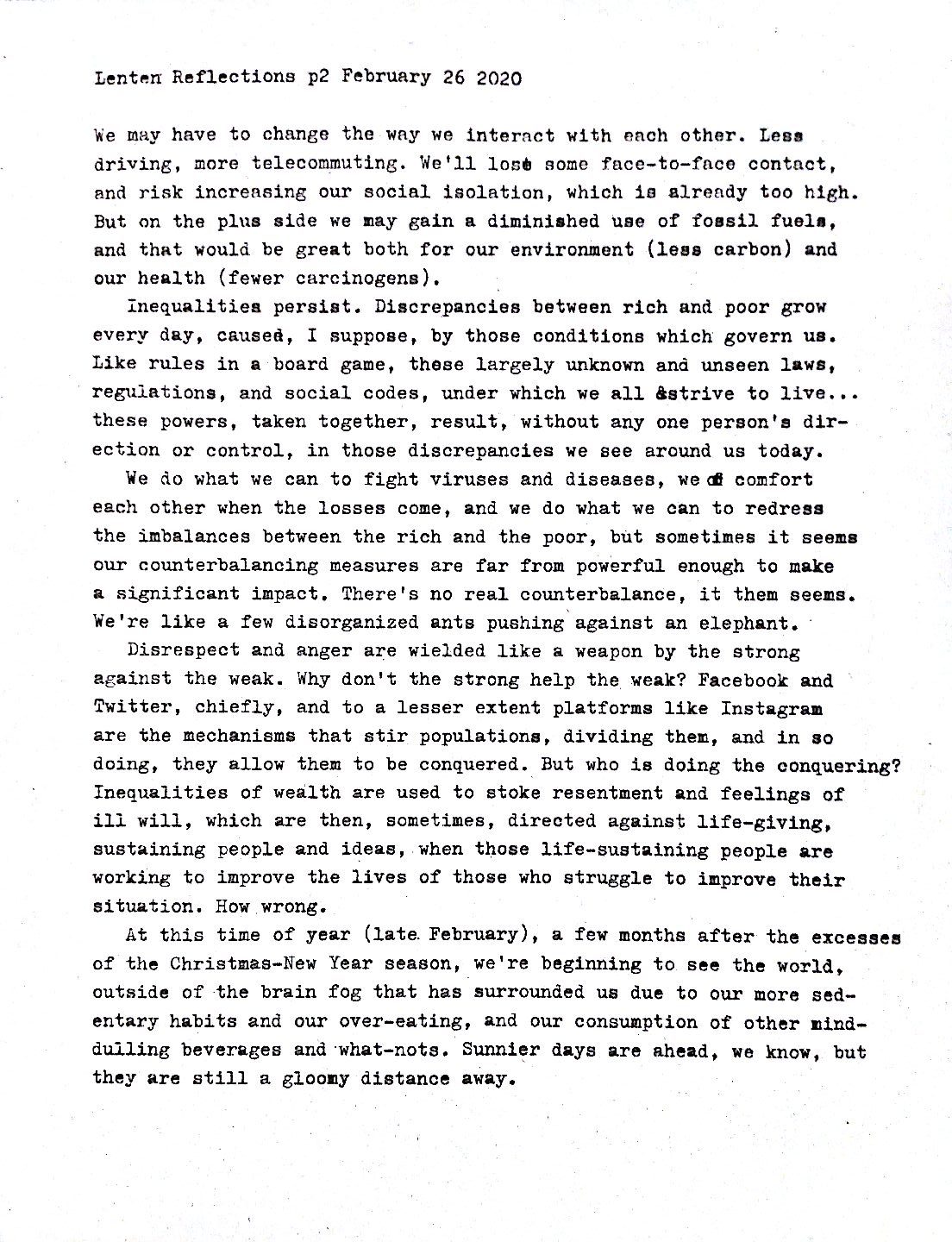 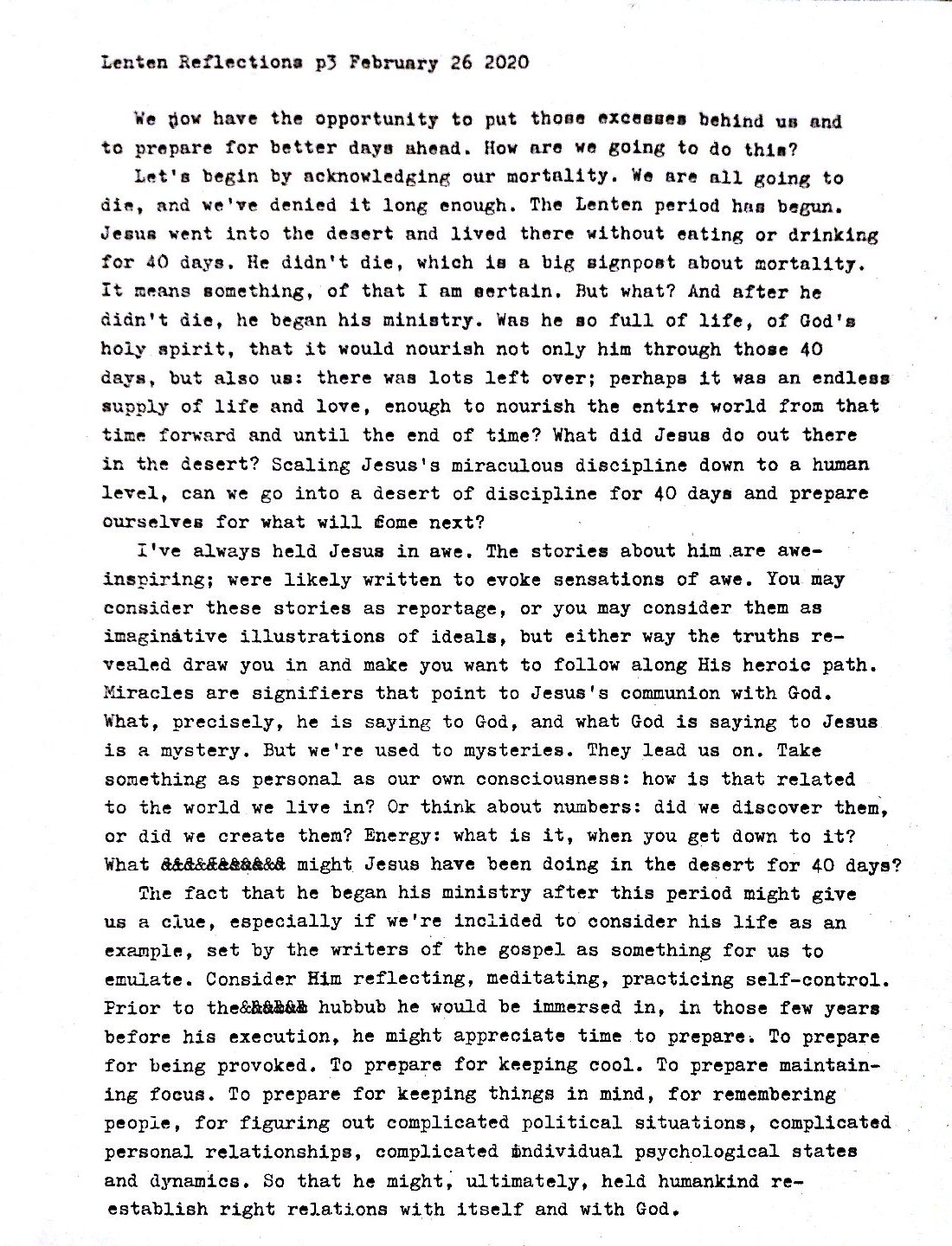 I like sharing the recordings I enjoy.
Here’s my Spotify Profile.

By way of encouraging myself to practice the piano, I’m going to video myself every few months and upload the video to Youtube. The chronicle of my progress will likely only be of interest to myself, but that’s OK. Did the first one today.

Late autumn through the rainforest

Up early in the morning to fix a problem with some timers on outside Christmas lights at our church, and then onwards for a nice cup of coffee and a scone (decaf for me) in South Granville. Then, the high point of the day, a long walk through the endownment lands forest (Pacific Spirit Park–a much nicer name, we think) and home. 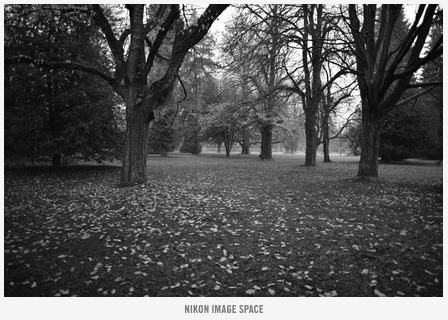 Click on the image to see the rest of the photos

But then, errands to run. One of the timers was defective, necessitating a trip back to Canadian Tire for a replacement. And an electric razor blade, ordered from a shop in Toronto, arrived and needed to be collected from the post office. So long periods standing in long lines in the afternoon.

The last days of being 60

I’ve been taking photographs, these last days of my 60th year, and will share them here. These are raw images, shared through the Nikon Image Space. There are jpgs embedded within the RAW images, I have read, so hopefully they won’t take too long to load.

We like to go out for breakfast before the sun is up. Today’s favored items included the “Big Breakfast,” a toasted bagle with egg, cheese, and bacon, and cafe lattes. 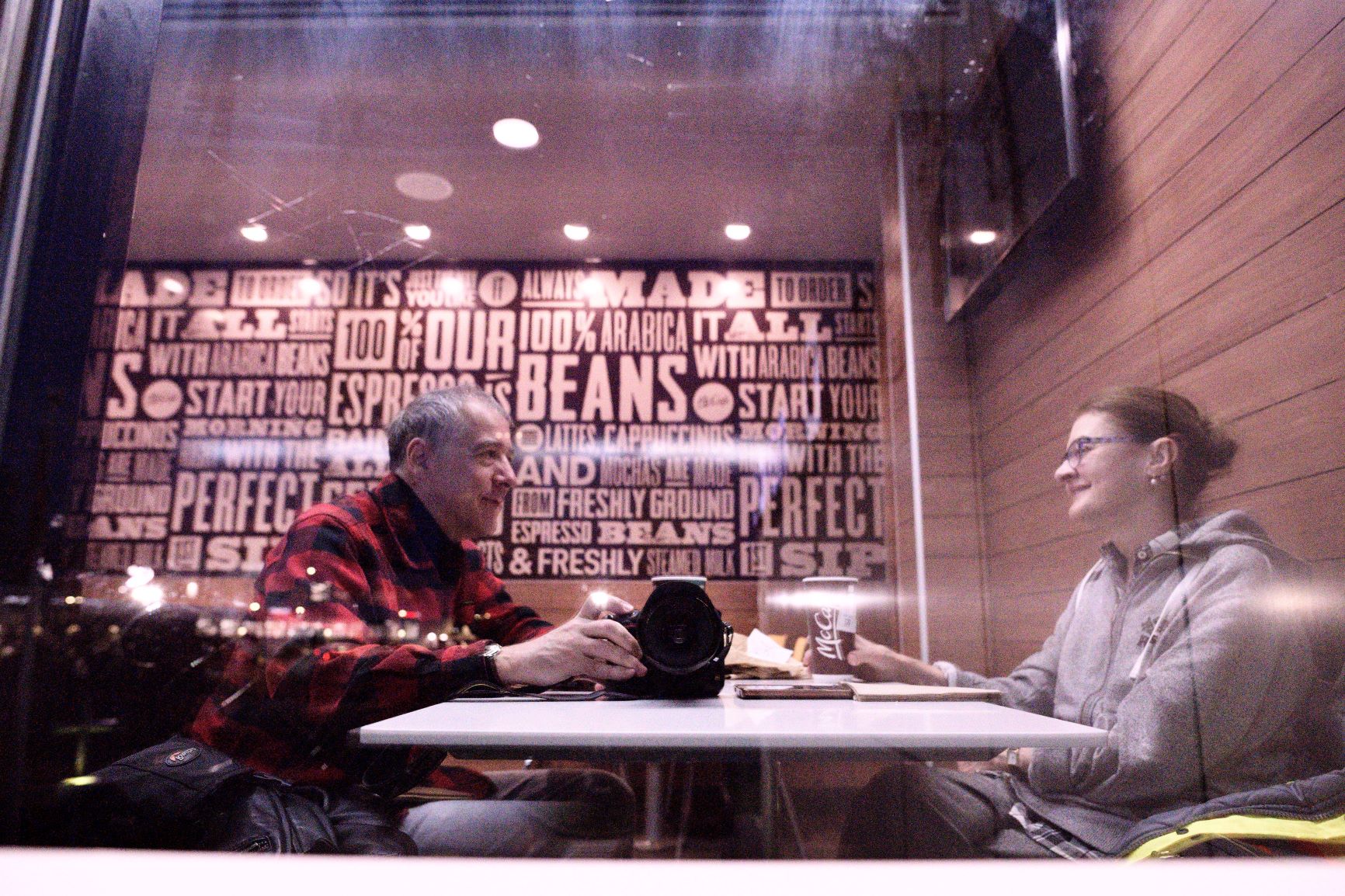 by Ian on October 20, 2019 in community, graphic arts, online journal

I really liked the sermon today. I felt as if I were a wounded animal who had been found by a Saint, and to whom the Saint had said “You’re OK.” And when that happened, lo, I was OK, and then I could fly, like a bird.  The bird I suddenly realized I had always been. A big, strong bird. An eagle. Look at my wings–big, strong wings! Jump! And push, and up I go–push, push, push, higher and higher! 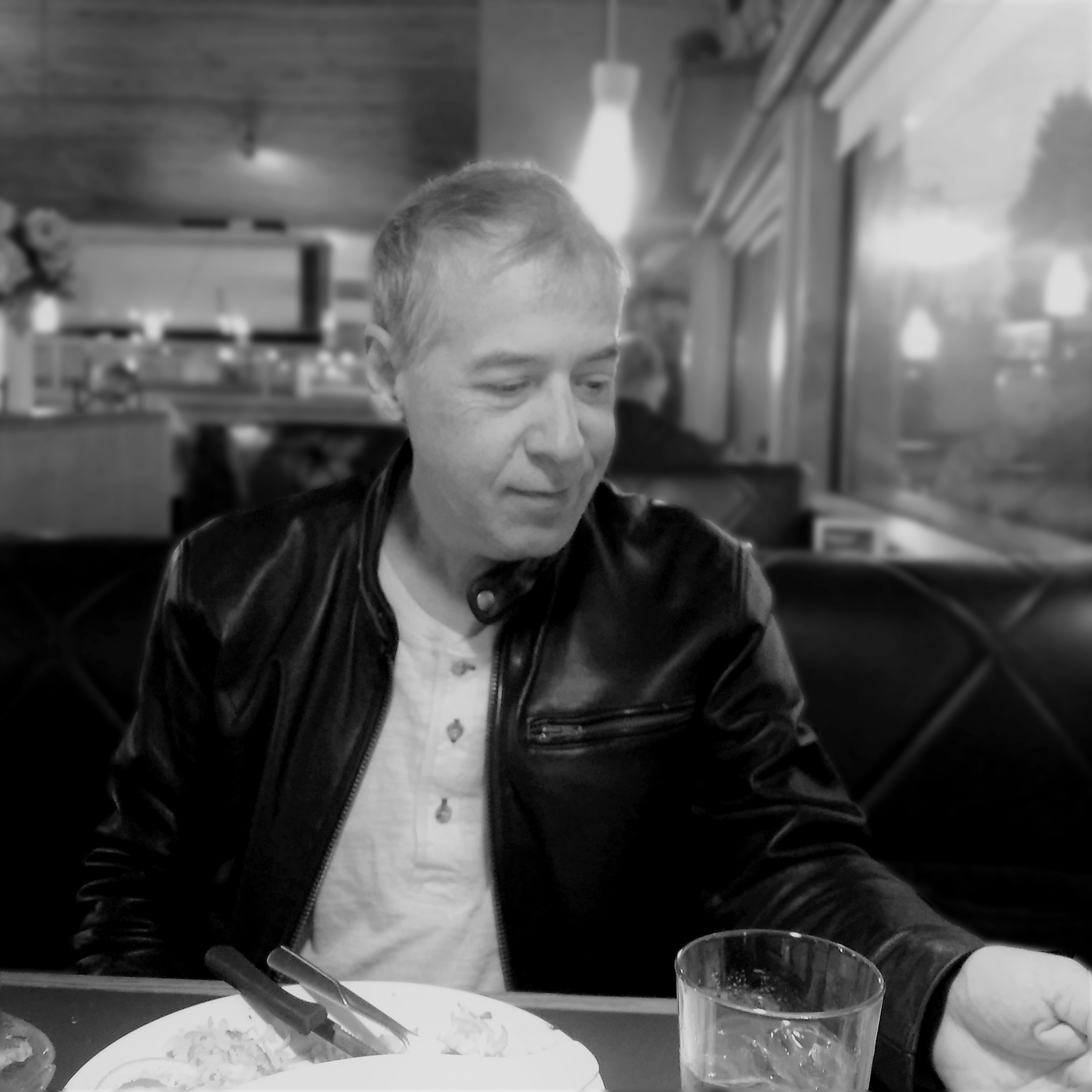 Later in the service–during that part where we each share the peace with each other, the pastor stopped and asked Charlotte and I if we might help people make a decision to subscribe to the Canada Lutheran magazine.

It is true that we receive the Canada Lutheran magazine each month. And in that respect either of us could offer a testimonial in its favor. But how to raise the subject with the other members of our congregation, without seeming unseemly? As if we were advancing some hidden agenda? I enjoy reading it, but Charlotte rarely looks at it, so perhaps a testimonial from me would have a more authentic feel to it.

A few years ago, we were both a little mystified as to why we continued to receive it, because neither of was aware of –at that time– sending them a check to continue our subscription. After talking about it for a few minutes, we supposed that the $20 or so per year subscription cost was simply taken from our monthly contribution to the church. We both had vague recollections of the church treasurer asking us, years ago, if this would be OK with us. Talking it over today, we agreed that, if that memory ever really happened, would would likely have been OK with it, and if it were to happen today, we’d give the same affirmative answer.

During the sharing of the peace time, neither Charlotte nor myself were sure exactly how we might accomplish the Pastor’s request. But later in the day I wondered if perhaps I could use my new Nikon camera to help.

Once Upon a time I was a photojournalist. I have also been employed as a reporter. And I’ve enjoyed those occupations. In my retirement years, perhaps I could once again enjoy pursuing those occupations, but this time on a volunteer basis.

If I were to tell people in our church that I had, for example, taken a photograph that was in an upcoming issue of the Canada Lutheran, then perhaps they might be interested in subscribing, simply to see my photograph. Or perhaps I could write an article and include a photograph with the article. Even more compelling.

Charlotte bought me the camera to which I refer, for a present — for a Christmas present. Several weeks ago she asked me which camera I would own if I could own any camera. What was my “ideal” camera? I took a long time to think about this question and in the end decided that, of all the cameras out there, the camera that I would most like to own would be the Nikon D850 — a professional digital SLR.

These cameras are not cheap. I bought a lens for this camera (a nikkor 24MM 1.4 lens). Also not cheap.  Over the next two or three years I’ll probably purchase two or three more professional lenses.

I now own the Nikon camera–it sits beside me at this moment, on a stereo speaker, and I’ve had it for two days, without the lens. The lens was a “special order,” and I expect it to arrive from Japan in a few weeks.

How to justify owning such an expensive piece of kit? Maybe ‘justify’ is the wrong word. ‘Use’ might be better. Taking photographs for a magazine is one way. So it’s a nice coincidence that the pastor, in church today, raised an idea that might lead to this opportunity.

Perhaps this will become a new hobby, to replace my old hobby of playing the trumpet! 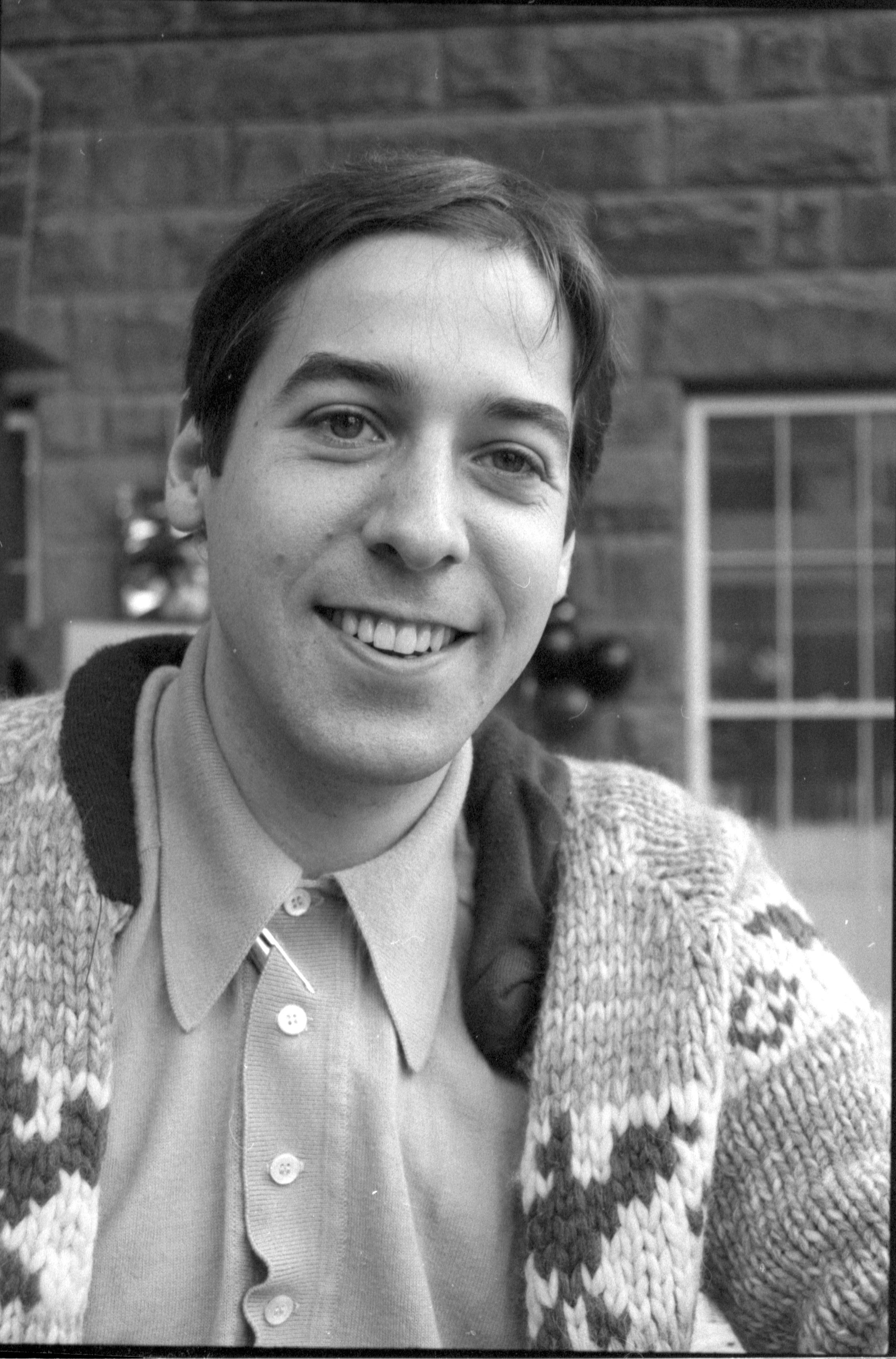 I finally found some scanning software that works with my epson 4870 film scanner and Windows 10! So I can resume a project that stopped a year or so ago.

Here’s a photo of me, which I found in my archives, and which I just scanned. I’m guessing I’m in my late twenties or early-30s, because I’m standing in front of a building where my mother worked at that time (the building is still there, at 12th Ave. and Cambie St., in Vancouver), and that building underwent some renovations in the 80s that I can see in this photo.